The world premiere of the trailer for the Chucky TV series will happen during a [email protected] panel titled “The Legacy of Chucky” on July 25.

The trailer for the upcoming Chucky TV series will premiere at [email protected] 2021. The slasher franchise launched in 1988 with the original film, Child’s Play, which focuses on a mother who gifts her young son a “Good Guy” doll named Chucky that is possessed by the spirit of a serial killer named Charles Lee Ray. Though controversial upon release due to fears it would incite violence among children, Child’s Play was a massive commercial hit, spawning six sequels and a 2019 reboot that have made the villainous Chucky doll an enduring icon of modern horror. Despite the reboot’s lackluster box office performance, Chucky creator Don Mancini has pushed ahead with a new TV series coming to the USA Network and SYFY this Fall, even offering fans a brief but footage-less teaser last month. Now, fans can finally expect a first real look at the beloved slasher character’s small-screen debut.

Comic-Con announced that the show’s world premiere trailer will broadcast during a panel at [email protected] titled “The Legacy of Chucky.” Beginning Sunday, July 25 at 2 p.m. PT / 5 p.m. ET, the one-hour panel will take fans on an exclusive journey through the franchise’s decades-long run with behind-the-scenes footage and cast interviews. Franchise stars like Brad Dourif, who originally voiced Chucky, and Jennifer Tilly are set to return for the TV series, which will follow an idyllic American town thrown into murderous chaos after an old Chucky doll shows up at a community yard sale.

Related: Freddy Krueger Vs Chucky: Who Would Win In A Fight

The TV show’s cast also includes many other established horror players, including Devon Sawa from the first Final Destination movie and Lexa Doig from Jason X, the 2001 entry in the Friday the 13th franchise. Those Chucky newcomers combined with the original cast ensures the Chucky series will both push the mythology in new directions as well as return to the straightforward scares that made the 1988 film an instant horror classic.

Next: Old Chucky Vs New Chucky: Which Child’s Play Doll Would Win? 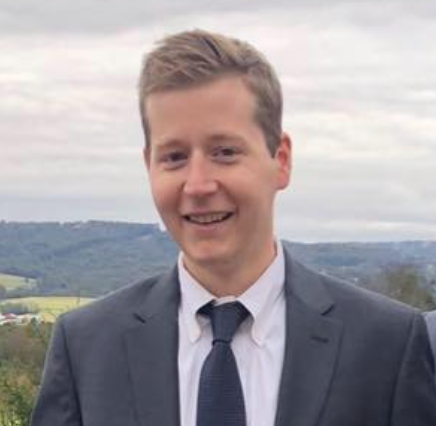 Alex McGuire is a news writer for Screen Rant who over the last decade has covered everything from entertainment to finance. A graduate of LIU Brooklyn’s MFA screenwriting program, Alex has recently worked in casting and as a production assistant on several TV shows. He believes everything is at least 20% better with Stephen Root. Follow him on Letterboxd: @a_mac1992