In a new interview, Tom Taylor teases Lois Lane’s importance in his new series and how she has affected Jonathan Kent just as much as Superman has!

Warning! Spoilers ahead for Superman: Son of Kal-El #1!

In an interview with DC Comics, Superman: Son of Kal-El writer Tom Taylor teased Lois Lane’s importance in who Jonathan Kent has become. Recently, Superman and Action Comics have been heavily teasing Jonathan becoming Superman. Now, the time has finally come for Clark Kent to hand down the Superman mantle to his son. The passing of the torch will be seen in issue one of Taylor’s new series, Superman: Son of Kal-El.

Lois Lane has always been a huge part of Superman’s history. The core of most great Superman stories has always been Lois and Clark, they are the two foundational elements. Clark would not be the Superman he is today without Lois. It has often been stated that Lois’ drive for justice is even more fierce than Superman’s as she is “one of the greatest champions of truth on the planet.” Lois grounds Superman and gives him a down-to-Earth perspective on events, which he heavily values. And just like Superman, Lois’ job as a journalist for the Daily Planet serves to find justice in the world.

Tom Taylor’s interview with DC Comics gives a taste of what’s to come in Superman: Son of Kal-El. Obviously, the big driving force behind DC’s new book is the passing of the Superman mantle. There are some key points that Taylor hits in his interview that will give readers an idea of what’s to come. For instance, although Jonathan becoming Superman is mostly between him and Clark, Lois plays an important part. Being worthy of becoming Superman isn’t all about how powerful Jonathan is, but it’s about his maturity and perspective on the world. This is something that he and Superman get from Lois. Simply put, Jonathan would not be the hero that he is without Lois’ guidance as a mother.

Taylor’s comments come right on the heels of Lois’ prominence in The CW’s Superman & Lois show. Arguably, Lois has never been bigger and it’s great to see her getting as much emphasis as Superman. However, in the comic book world, the title of DC’s new series focuses on the characters’ father-son aspect. Therefore, it’s nice to see Taylor putting emphasis on Lois’ role in his new Superman story. Additionally, Taylor notes that writing Lois is easy for him as he is surrounded by Lois Lanes. Taylor’s wife, when they first met, was a criminal reporter and his mom was steeped in “activism and protecting others.” All of these parts of his life have informed his approach to Lois.

Margot Kidder is another big inspiration for Taylor’s Lois as he knew her personally and thought that she was the perfect embodiment of what Lois stands for, whether in real life or acting fictionally. In the end, it’s really wonderful to see that Taylor is taking his time to highlight the importance of Lois Lane. As often, readers overlook the non-powered people’s influence in superheroes lives. But especially in this case as Lois Lane has come to be inseparable from the idea of what it means to be Superman. It’s clear that Jonathan Kent aka the new Superman is a split between his mom and dad, despite the title suggesting it’s more about his Superman.

Next: Christopher Reeve’s Superman is Teaming Up With Lex Luthor in Comics 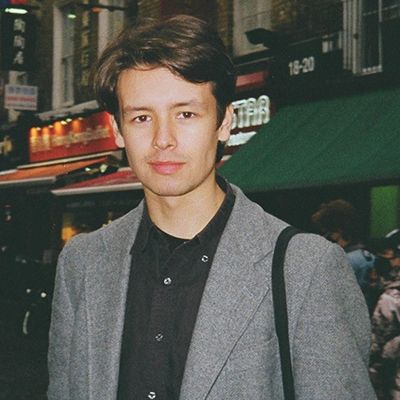 Ben Rolph is a Comics features writer for Screen Rant. Based out of London, United Kingdom, Ben owns and runs an Arrowverse YouTube channel called ‘TheDCTVshow’, as well as being a film critic at DiscussingFilm. He is also a Tomatometer-approved critic and studies film at the University of Westminster.

Ben has a passion for the Arrowverse shows, especially The Flash and Supergirl, which he has watched and analysed for years.