EPIX has released the full trailer for “Chapelwaite,” an 1850s set series adaptation of Stephen King’s novella “Jerusalem’s Lot” which is in itself a prequel to his renowned early novel “Salem’s Lot”.

Oscar-winner Adrien Brody stars as Captain Charles Boone, a widower who relocates his family of three children to his ancestral home in the small and sleepy town of Preacher’s Corners, Maine.

He will soon have to confront the secrets of his family’s sordid history and fight to end the darkness that has plagued the Boones for generations. The series runs for ten episodes.

Emily Hampshire co-stars as an ambitious young journalist turned governess of the Chapelwaite manor while she writes a gothic novel based on his family.

The series is executive produced by Donald De Line, Jason Filardi, and Peter Filardi and will premiere on August 22nd. 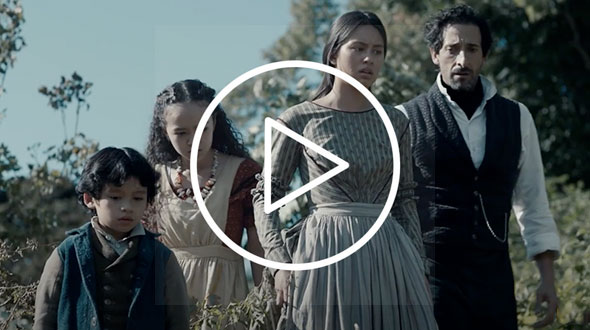