Understanding Emmy magnet Ted Lasso; Sacha Baron Cohen explains in a lawsuit that he is not a cannabis fan;  Wes Anderson’s long-delayed The French Dispatch makes a shimmery Cannes debut. Plus: We have a winner for our Indiana Jones contest, and there’s a film fest in cowboy paradise.

But First: The Emmy nominees will be announced tomorrow and you can watch a livestream at 8:30 PT/11:30 ET. Or don’t — we’re just trying to be helpful.

Cowboy Paradise: Have you been to Pioneertown, the utterly charming high-desert Southern California town built as a Western movie set 75 years ago? Well, now you can attend a film festival there. The first annual Pioneertown International Film Festival will take place August 27 to 29. Here’s some more detail.

Nine-Minute Standing Ovation: Variety says Wes Anderson’s The French Dispatch earned a nine-minute standing ovation in its Cannes premiere. That’s far more impressive than the “polite” mere four- and five-minute standing ovations of some other Cannes films we could name. Okay, but how long was the ovation for Timothée Chalamet’s shiny suit?

timothée chalamet is the moment and he knows it pic.twitter.com/wHKyRCMGZl

California Tax Credit Boost: A new bill in the California legislature would boost the state’s film and television tax credits program by $330 million, The Hollywood Reporter writes. In May, Gov. Gavin Newsom added $30 million in California incentives, and took a shot at Georgia and its recent voter restrictions. “This is an opportunity for those productions… in places like Georgia, whose values don’t necessarily always align with the production crews, to consider coming back to the state of California,” he said. 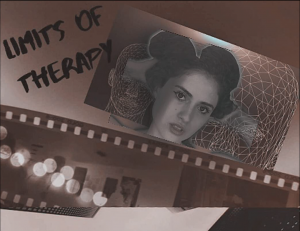 We Have a Winner! Congratulations to moviemaker Dax Lily, who won the Indiana Jones 4-Movie Collection in 4K Ultra HD Blu-Ray set from Paramount by signing up for this newsletter. Dax Lily recently wrote, directed, produced and starred in a short film called “Limits of Therapy” that was just been accepted into its eighth film festival. You can learn about it on Dax Lily’s website or on IMDb. Congratulations, Dax, on winning our little contest — and even more on the success of your film.

Everyone Who Didn’t Win This Time: You can sign up for our newsletter to be eligible to win other cool things — it takes 10 seconds. We’ll be doing another giveaway very soon. If you’re already signed up, you’re already entered.

From the Set: Here’s Raiders of the Lost Ark blowing up that Nazi plane.

If Only There Were Some Way to Not Be Forced to Watch Movies You Don’t Want to See: Folks on Twitter, you know you’re allowed to put down your phones and go outside, right?

Also: “It is questioned” is hideous use of the passive tense.

Sacha Baron Cohen Is Not a Cannabis Guy: You know how sometimes you see a billboard or ad with a famous person, and wonder why the famous person agreed to take part? In the case of Sacha Baron Cohen and a cannabis company, he did not. The Hollywood Reporter has this terrific story about the Borat star suing over a billboard for a company called Solar Therapeutics that features Borat giving a thumbs up and saying “It’s nice.” In fact it is not nice, says Baron Cohen’s lawsuit, which says he has “never has used cannabis in his life” and “never would participate in an advertising campaign for cannabis, for any amount of money.” In fact, he’s never taken any corporate deal, and “has spent much of his career making a mockery of ‘stoner’ culture,” with his Ali G character, the lawsuit continues. Solar Therapeutics has wisely taken down the billboard, but Baron Cohen is seeking damages. The company didn’t respond to THR‘s request for comment, so if you’re wondering what their response is, well, it is questioned.

‘Please Turn Away, I Feel Shy About My New Muscles’: Here is a brand-new scene from The French Dispatch, which is about the misadventures of a Kansas publication’s French offices. It will be released to the non-Cannes masses on Oct. 22.