Netflix has released a full trailer for “Kingdom: Ashin of the North,” a 92-minute special episode of the South Korean zombie period action-drama.

The feature highlights the beginning of the outbreak which gets triggered by one woman named Ashin (Jun Ji Hyun), the mysterious heir to the Northern Yeojin tribe village, and her quest for bloody revenge against those who destroyed it.

Blinded by sorrow and rage, Ashin plans to kill every living thing with the help of the resurrection plant. Kim Seong-hun directs from a screenplay written by Kim Eun-hee.

The episode will be available for streaming on Friday, July 23rd on Netflix. 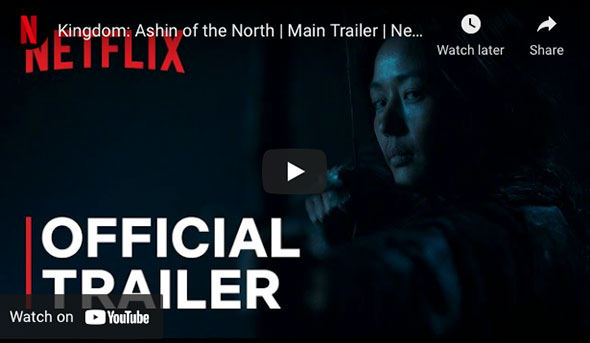