“We were writing songs that were memorable because we had to remember them!” Hulu has unveiled the trailer for a music history series called McCartney 3, 2, 1, formerly known as Paul McCartney x Rick Rubin when it was announced last year (first teaser here). This “documentary event series” is a B&W + color presentation split into six episodes to watch on Hulu. Paul McCartney sits down for a rare, in-depth, one on one with legendary producer Rick Rubin to discuss his groundbreaking work with The Beatles, the emblematic 70s arena rock of Wings and his 50 years and counting as a solo artist. In this six-episode series that explores music and creativity in a unique and revelatory manner, join Paul and Rick for an intimate conversation about the songwriting, influences, and personal relationships that informed the iconic songs that have served as the soundtracks of our lives. Looks fantastic! I dig the interview style and the old photos. 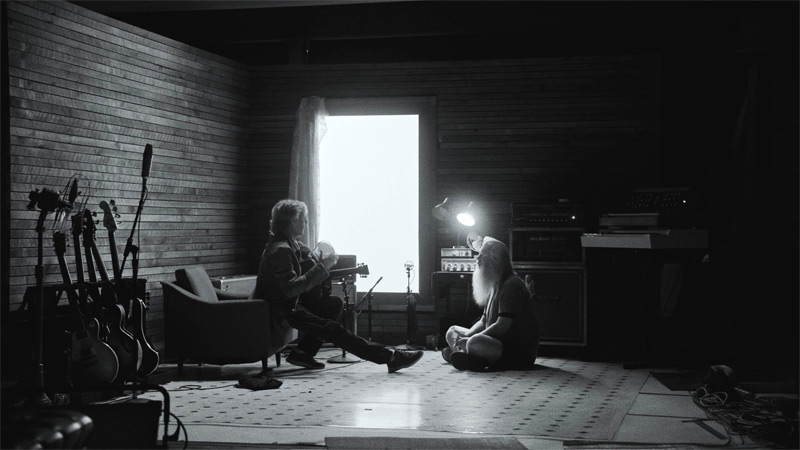 Description from Deadline: Paul McCartney and top record producer Rick Rubin are joining forces on a six-part documentary series that will amount to a behind-the-scenes magical mystery tour of McCartney’s unbelievable musical journey. Rubin will be there to explore the music and musicianship of McCartney, from his first guitar and composition all the way to through the legendary and prolific success of The Beatles. McCartney 3, 2, 1, formerly known as Paul McCartney x Rick Rubin, is a “documentary event” that is directed by Emmy award-winning Zachary Heinzerling, director of the doc film Cutie and the Boxer previously. Film 45 is producing the docu-series along with Frank Marshall (who just directed The Bee Gees: How Can You Mend a Broken Heart) and Jeff Pollack. After being kept a secret, this McCartney 3, 2, 1 series will now debut starting July 16th, 2021 this summer streaming on Hulu. Who wants to watch?