Magical House. Magical Family. Meet the Madrigales. Disney has finally revealed the first official trailer for Encanto, an original Disney Animation project arriving in theaters in November later this year. Encanto is made by the directors of Zootopia, Byron Howard & Jared Bush, and is also co-written and co-directed by Charise Castro Smith. The film centers on a young Colombian girl who, in spite of coming from a magical family, lacks magical powers. “Encanto takes you to Colombia, where a magical family live in a magical home.” This will be Disney Animation’s 60th feature film. It will also feature music written by Lin-Manuel Miranda, who is writing music for so many movies these days. The voice cast features Stephanie Beatriz as the voice of Mirabel Madrigal. This looks like a vibrant and heartwarming adventure – check it out below. 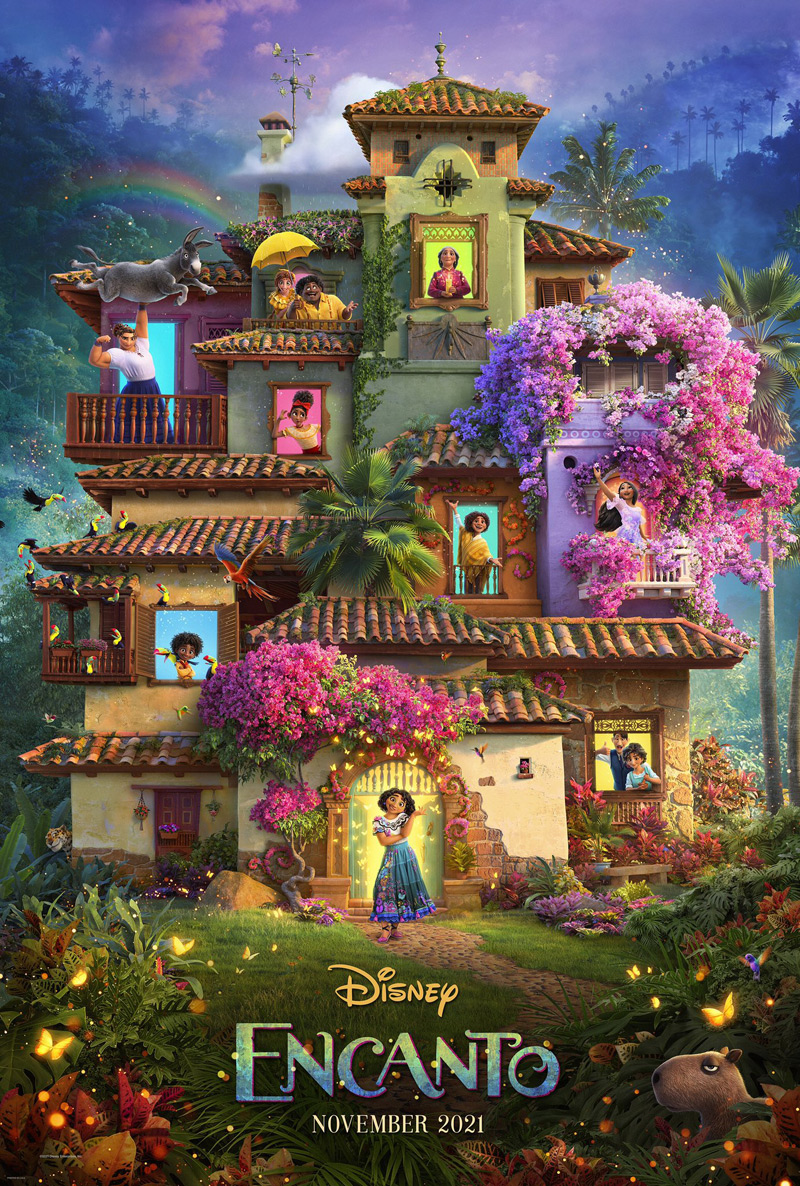 You can also rewatch the short teaser from last year for Disney’s Encanto here, to see the first look again.

This Fall, Walt Disney Animation Studios’ all-new film Encanto takes you to Colombia, where a magical family live in a magical home. The film is centered on a young girl and her family in Colombia, who all have magical powers, but, sadly, the young girl has no powers. Encanto is directed by filmmakers Byron Howard (director of Bolt, Tangled, Zootopia) & Jared Bush (director of Zootopia, creator of “Penn Zero: Part-Time Hero”), co-directed by Charise Castro Smith – a Cuban-American playwright / producer (“The Exorcist”, “Sweetbitter” TV series). The screenplay is co-written by Charise Castro Smith and Jared Bush. Featuring songs written by Lin-Manuel Miranda. Produced by Yvett Merino Flores & Clark Spencer. Disney will release Encanto in theaters starting November 24th, 2021 this fall. First impression? Looking good?